With all hell breaking out around you, tears falling to the ground, and debt rising; it would seem strange to praise God.

In the story of Jehoshaphat in 2 Chronicles, he and his men were up against three armies in war: the Moabites, the Ammonites, and the Meunites. They knew that they could not win the war against them.

In 2 Chronicles 20:12, Jehoshaphat exclaims: “Our God, will you not judge them? For we have no power to face this vast army that is attacking us. We do not know what to do, but our eyes are on you.” Jehoshaphat acknowledged that he and his army did not have the power to win war against the armies they were facing but recognized that God did. In this moment, Jehoshaphat looked to God, something we ought to do when we are in a spiritual battle. He recognized that in his weakness, God was made strong. Where we fail at overcoming our struggles, God is fully equipped to handle them. When we recognize that we are weak, we can surrender and let the almighty God handle it. With the way that the world looks in this current state, I can understand why your faith may be weak; this is not a bad thing. God has us exactly where He wants us, depending on Him. Isn’t it beautiful that God wants us to ask for His help?

Do you know that when you call onto Him, He answers and He will not delay!

Jehoshaphat and his army used praise as their weapon of war; they praised God and let Him fight their battle. To some, this may have appeared as a weak tactic but it actually proved their strength. It takes strength and faith to stand still and watch God fight your battles. Jehoshaphat was in the best position for war, humility. They praised God and let Him fight for them. As they were praising God, they enemy armies started fighting amongst themselves.

“After consulting the people, Jehoshaphat appointed men to sing to the LORD and to praise him for the splendor of his holiness as they went out at the head of the army, saying: “Give thanks to the LORD, for his love endures forever. As they began to sing and praise, the LORD set ambushes against the men of Ammon and Moab and Mount Seir who were invading Judah, and they were defeated. The Ammonites and Moabites rose up against the men from Mount Seir to destroy and annihilate them. After they finished slaughtering the men from Seir, they helped to destroy one another.” 2 Chronicles 20:21-23

Praise is a tool of warfare! 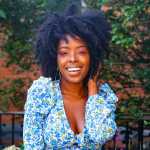